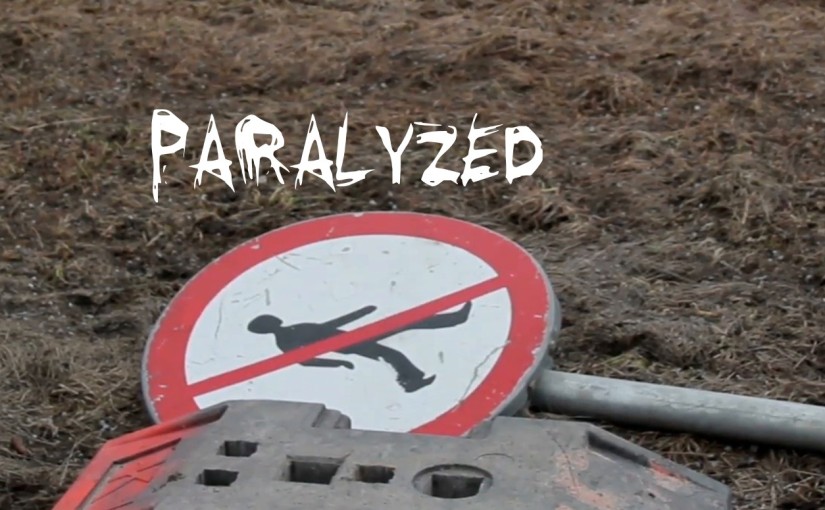 I don’t give much thought to curbs and stairs, but a paralyzed person does. They’re obstacles. A six-inch curb might as well be six feet. A flight of stairs is insurmountable. Paralyzation is a dreaded condition. I had a friend named Stan who was paralyzed from the waist down, and he was a great example of joy and making the most of a tough situation. He was really in a difficult spot, but he had learned to deal with it. However, no matter how well that he had learned to cope with it, he still had two legs which didn’t work. He remembered running, walking, and lifting. I’m sure he could reminisce about the past and see in his mind how they used to function and how it used to be, but, in the present, his legs were practically lifeless.  Surely after his accident, he had gone through a grieving period and maybe still had grief at times. If he’d had had a choice in the matter, he’d have chosen for his legs to be restored to full health and use, but the choice was not up to him.

This is somewhat the situation in Mark 2 of a man who was paralyzed. However, back in Jesus’ day, a paralyzed man was in an even worse situation in that he could not rely upon a government program or insurance to provide any help. He didn’t have a handicap-fitted van or a self-propelled wheelchair. He had to rely completely upon the mercy of others which often led to begging for assistance while lying on a mat at a busy location, and I’ve not even mentioned the even harder and more dependent life of a quadriplegic. This paralyzed man in Mark 2 was in a terrible situation, but he met Jesus. Then Jesus changed everything. Here are four things we can learn in this historical account in Mark 2.

2 Kings 1-7: “When they arrived at the Jordan, they began cutting down trees. But as one of them was cutting a tree, his ax head fell into the river. ‘Oh, sir!’ he cried. ‘It was a borrowed ax!’ ‘Where did it fall?’ the man of God asked. When he showed him the place, Elisha cut a stick and threw it into the water at that spot. Then the ax head floated to the surface. ‘Grab it,’ Elisha said. And the man reached out and grabbed it” (2 Kings 6 in The New Living Translation).

1 Chronicles 1-7: “Jabez was more honored than his brothers. His mother named him Jabez and said, ‘I gave birth to him in pain.’ Jabez called out to the God of Israel: ‘If only You would bless me, extend my border, let Your hand be with me, and keep me from harm, so that I will not experience pain.’ And God granted his request” (1 Chronicles 4 in The Christian Standard Bible). Jabez’ name means he causes pain. In his birth, he caused pain to his mom, and Jabez didn’t want his life to be characterized by pain. He sought God, and God answered.

Mark 1-7: “‘Why are you thinking these things in your hearts? Which is easier: to say to the paralytic, “Your sins are forgiven,” or to say, “Get up, take your mat, and walk”? But so that you may know that the Son of Man has authority on earth to forgive sins’—He told the paralytic—‘I tell you: get up, take your mat, and go home.’ Immediately he got up, took the mat, and went out in front of everyone. As a result, they were all astounded and gave glory to God, saying, ‘We have never seen anything like this!’” (Mark 2 in The Christian Standard Bible).

MSG are daily readings linked to The Message Bible on BibleGateway.com.

CSB are daily readings linked to The Christian Standard Bible on BibleGateway.com.

NLT are daily readings linked to The New Living Translation on BibleGateway.com.