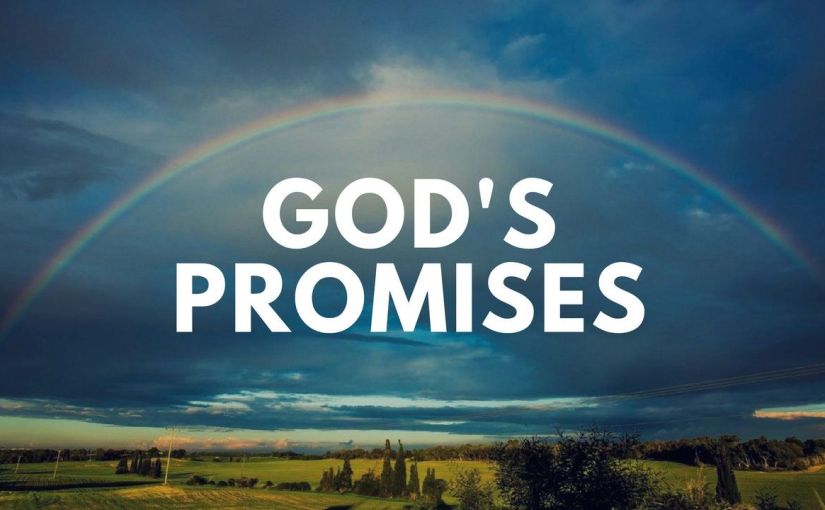 A person’s word used to be his bond. A business transaction could be sealed with a handshake, but in today’s world, 100-page contracts can be insufficient to keep an agreement together. Oftentimes, a man’s word goes as far as the next word out of his mouth. Who can you trust anymore? Of course, there are many people who hold to their word even when it gets painful, and there is always Someone who keeps His word. The Lord is dependable. The Lord keeps His promises.

Think of a time in which you were in the middle of a really difficult circumstance? What helped you make it through? You may come up with a number of answers, and one of those may be hope—hope in the promises of God. Your bank account may prove unreliable. Your relatives may turn out to be less than trustworthy. Your spouse or best friend may end up being less than ideal, but there is a God who is always there. There is a God (and only one) who keeps His promises.

In Judges 13 in the midst of Israel’s running off from God and subsequent suffering under God’s discipline at the hands of the Philistines, the wife of a man named Manoah was visited by the Angel of the Lord. She was barren but was told that she would conceive and bear a son. The Angel of the Lord affirmed this promise to Manoah, and in time the couple was expecting a baby and then had a boy named Samson. Anyone could have given a positive message to the couple about her womb opening and her becoming pregnant, but only God has the ability to give the message and cause it to happen. We can make promises and be thwarted in carrying them out, but I’m not advocating us stopping trusting everyone. However, only God is the truly ultimately trustworthy Person on whom we can rely. Don’t let anything or anyone get in the way of your trust in God and reliance upon His promises.

Judges 8-14: “The angel of God appeared to her and told her, ‘I know that you are barren and childless, but you’re going to become pregnant and bear a son.’ …The woman gave birth to a son. They named him Samson. The boy grew and God blessed him”(Judges 13 in The Message Bible).

1 Samuel 8-14: “When Samuel heard their demand—‘Give us a king to rule us!’—he was crushed. How awful! Samuel prayed to God. God answered Samuel, ‘Go ahead and do what they’re asking. They are not rejecting you. They’ve rejected Me as their King.’” (1 Samuel 8 in The Message Bible).

1 Corinthians 8-14: “Now these three remain: faith, hope, and love ​— ​but the greatest of these is love.” (1 Corinthians 13 in The Christian Standard Bible).

MSG are daily readings linked to The Message Bible on BibleGateway.com.

CSB are daily readings linked to The Christian Standard Bible on BibleGateway.com.

NLT are daily readings linked to The New Living Translation on BibleGateway.com.